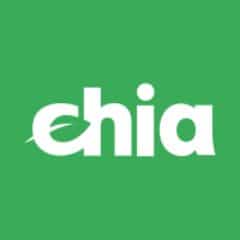 Chia coin is new and different to all the others. It uses hard disk space to secure the network and this method requires a lot less energy compared to traditional crypto currencies.

Actually it’s a new thing for me but I can say a word or two on what I already saw.

Basically this coin was invented some time in 2017, it was in a test phase until March 2021 so it can be considered a new player by all means.

On May 3 it is expected to be available on crypto exchanges. Price is not known yet,  but let the market decide on that.

People who want to possess chia coin just have to use computer hardware to acquire it.

This process is called farming (as opposed to mining).

Farming speed of a particular hardware configuration is measured by TB/DAY – how many terabytes of generated chia coin plots can a pc produce every 24 hours.

Each generated chunk of info is called plot and takes about 102gb space.

Each plot has about 300k hashes which are the winning tokens in the coin algo.

Each plot with 300k tokens is generated roughly for 6-8h on high end machine or 9-20 hours on… weaker ones.

These 300k hashes in the plot are expected to last for like 5 years of winning prizes (chia coins).

Fast storage in the context of chia coin is call TMP storage – computational tasks artefacts are stored there while generating a plot (the process is called plotting).

Third best sata3 ssd – requires some balls and patience but would work.

Forth best (best does not mean best at all) – using TMP on rotational sata3 hdd – this will take some time, not recommended.

File system on both slow and fast storage XFS (this options in fstab haven’t failed me so far: defaults,inode64,noatime,user,logbsize=256k)

Slow storage – when plots in TMP are ready they are moved to this slow storage so it should be: A – cheap B – huge C – speed is not vital. – 16tb sata3 , 8tb usb external.

RAM – each plotting task can be configure to use certain amount of system random access memory. 4608mb per task seem to be fine – provision your system memory accordingly e.g. 6 tasks in parallel should be run on a system with 32gb or more ram.

CPU – tasks are not that cpu intensive but provision one core per task at least. If you can use a cpu with double the cores/threads compared to the running tasks that would be really cool.

Let’s try some more practical approach for plotting now. Plotting is the most frustrating part for most newcomers. Takes some time, but brings rewards.

Here is what way I’ve chosen with my old hardware – 32gb ram is the limit of the mobo – that means 6 tasks, the cpu is more than 6 threads so it will somehow work.

If I can do 6 plotting tasks at most that would require 3 m.2 ssd disks 1TB each inserted in pcie slots (using adapters) and say goodbye to the now much unneeded gpu in pcie slot – headless or gtfo.

When ram is a know variable, when the cpu is all known, when finding those consumer grade nvmes sub 100 euro per 1 tb , easily degraded by plotting and easily replaced by purchasing new ones then there is this slow storage…

Okay, you have 6 plots and new tasks started , 600gb are sent to slow storage , chia software starts farming with those 6 plots for rewards. The more the better. I mean the more TB slow storage you have and the quicker you populate it with plots the better.

Farming in pools will be available in near future.

My closing bits of info would be some useful links.

The complimentary picture of mining/farming equipment every owner shares thinking it’s uber awesome but in reality it is not, anyway here is 1 chia plotting example pc: 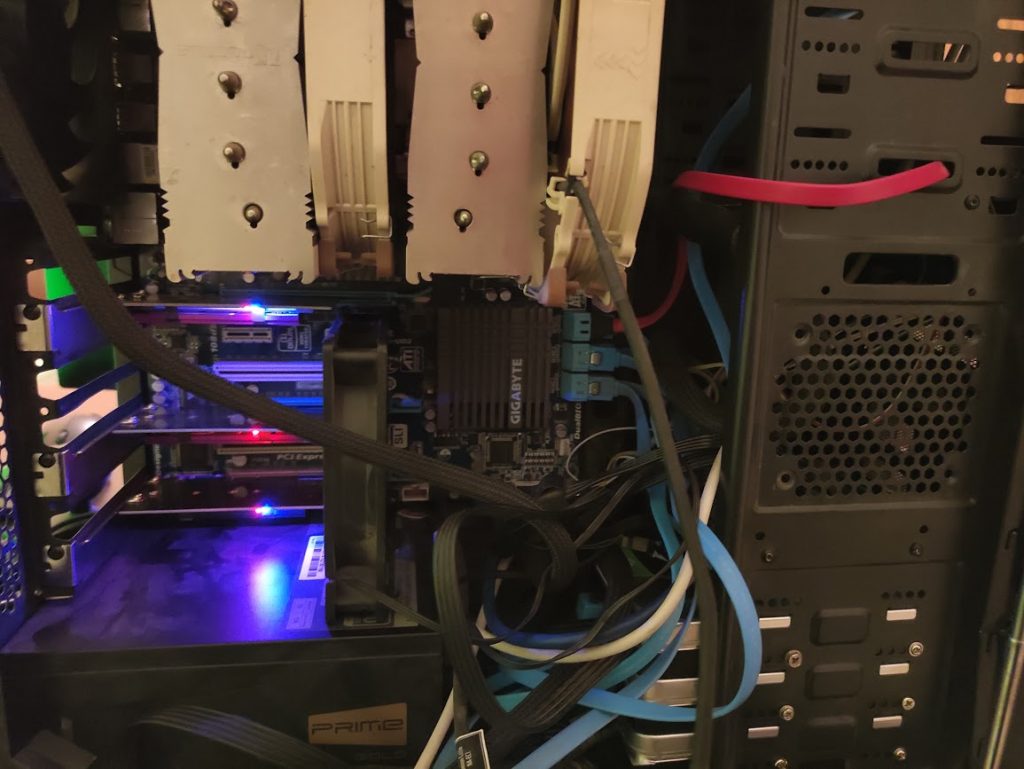 Don’t be ignorant or cheap on nvme ssd cooling.

Make sure you trim regularly like this and don’t mount fs with continuous/realtime trim (discard option).

Give another plot manager a try Swar Chia Plot Manager.