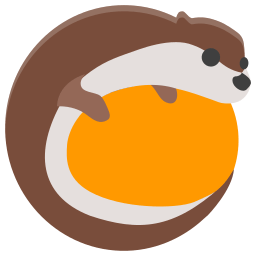 Linux ecosystem has always been known as a very robust solution for server oriented tasks. Since 2005 its desktop capabilities have been constantly improving. To some people linux as a desktop in 2019 still sounds atrocious but also there are many individuals who have the time, the brain and most importantly the balls to use it just fine. What people expect from their desktop environment is to play multimedia, support various “exotic” pieces of hardware (gaming keyboard, mice, gamepads, wheels, professional and audiophile grade sound cards etc.), office suite ready (libreoffice), web browsing capable (chrome, chromium, firefox, opera etc.), audio or video editing capable. Of course, running games on a desktop platform should be considered a trivial thing and with the case of linux it really is. But that’s only of side (the pretty one) of the story. The trivial way of running games on linux relates mostly to native applications/games.

But wait a sec, there are tons of ms-dos games (use dosbox) and all these AAA or N number of A games that run on the MS-Windows. These titles are dearly missed by the linux users. It’s not a secret that many games who run linux also have their ms-windows installation (dual booting) just for the better and more reliable gaming experience. In linux there is one tool to run ms-windows based software (not limited to games only) it’s called wine. It’s quite popular since there is no alternative and as I see it there is no real need for one. Wine is a command line tool which has some gui config options – winecfg and winetricks. As a whole a command line tool is not that attractive to people who just want to play MS-Windows games on Linux hassle free. This is not the first situation of this kind in software history and when one beautifully coded functional software is not well consumed (by the general audience – see retroarch + frontends) it’s usually doomed to be the backend (doing the heavy lifting) of a (subjectively said) well looking frontend part. I’m aware of 2 proven to work frontends for Linux gaming which rely on WINE. First one is called PlayOnLinux and the second (a younger project) is Lutris.

I’ve used PlayOnLinux in the past. It does the job, many people use it. I can say nothing against it. However, Lutris is what I prefer. I like it for its support of many different gaming options – if you have steam for linux, steam for windows, wine, dosbox, retroarch, web based games and some other emulators – lutris tries as hard as it can tо provide a way to configure, add games and run them easily. Lutris as a project is also related to the unofficial performance feature of wine called “esync”, that’s another reason I would choose lutris. Term runner with regard of lutris is the actual software that will run the game – so wine is a runner, dosbox is a runner and steam is a runner too. Lutris can use wine installed by the local system – in Ubuntu it can be normal wine or wine staging but it can also download a special version with esync capability – installed in a lutris managed folder for easier maintenance.

If you haven’t tried Lutris yet and would like to give some ms-windows games a try, please, don’t be shy and visit lutris downloads section – you will rarely see so many and detailed download options for any kind of software.